This is a similarity-like attribute developed in-house by RA GEOLOGIA E.U.

The following is a time slice of the Geoscape seismic attribute (above), compared with a semblance attribute (below). 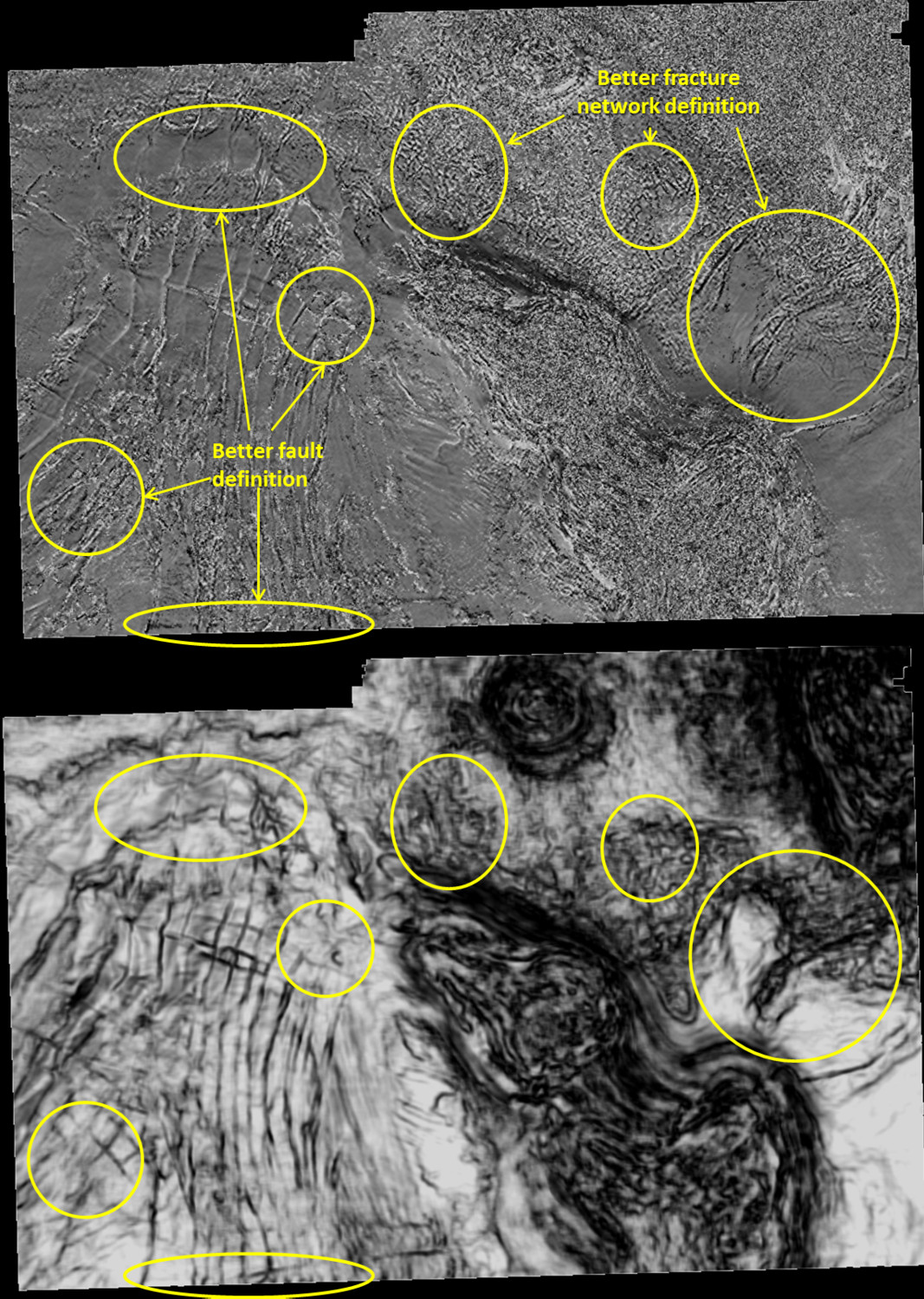 The attribute shows a significant improvement in fault and fracture network definition. Additionally shows contrast of the tectonic grain at the area.When integrated with attributes often used as lithologic indicators like sweetness, the variations in the tectonic fabric can be highlighted and a seudo-geological map is obtained, useful for structural interpretation. The figure below shows a transparency overlay of sweetness on the geoscape attribute and is evident that faults not only have vertical but also lateral displacements. 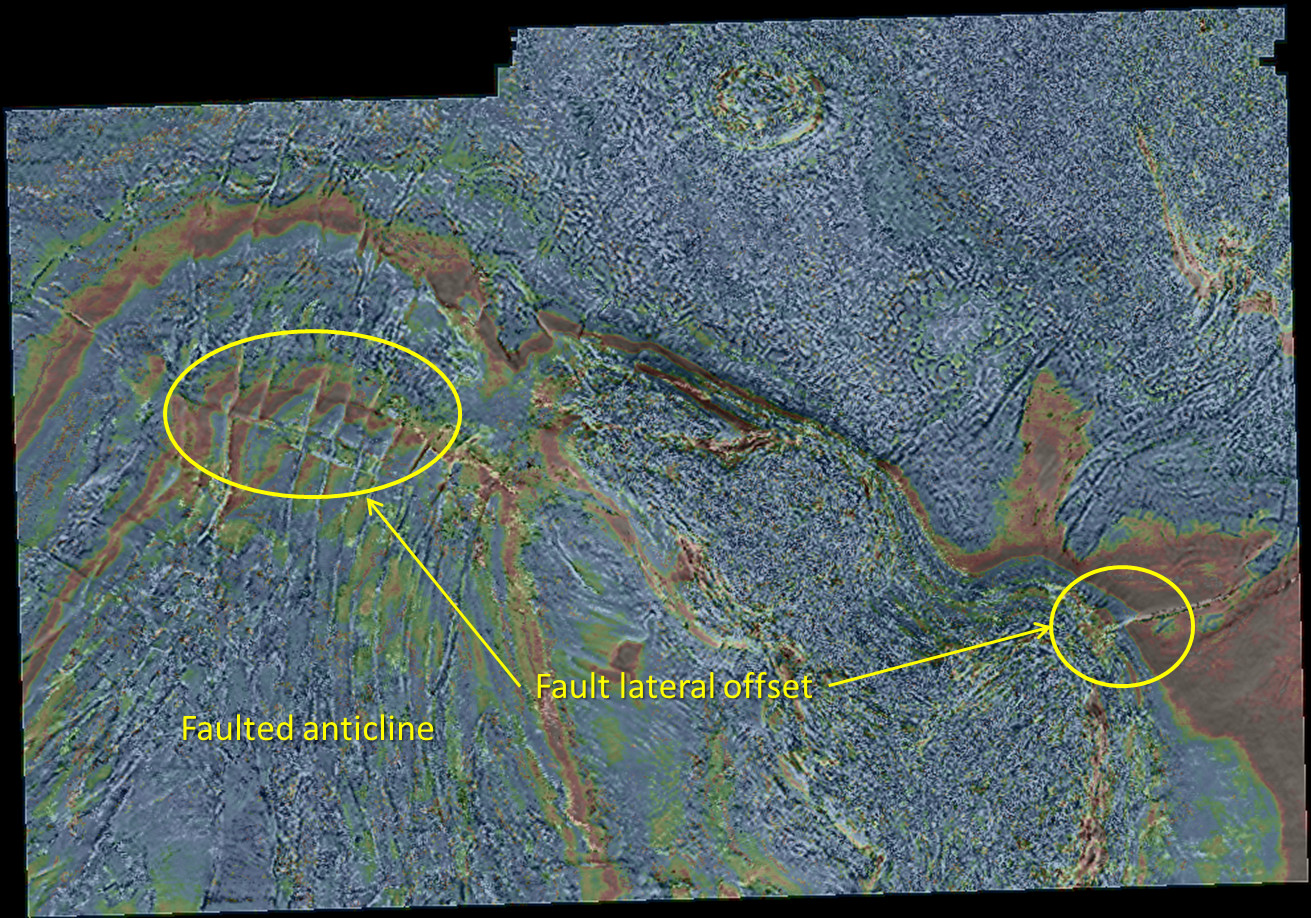 These examples shows its usefulness also as an attribute for stratigraphic definition.

Figure 1 shows the presence of channel features in a 3D inline, and at the time the question was how continuous were they. The red line corresponds to the interpreted horizon of interest. 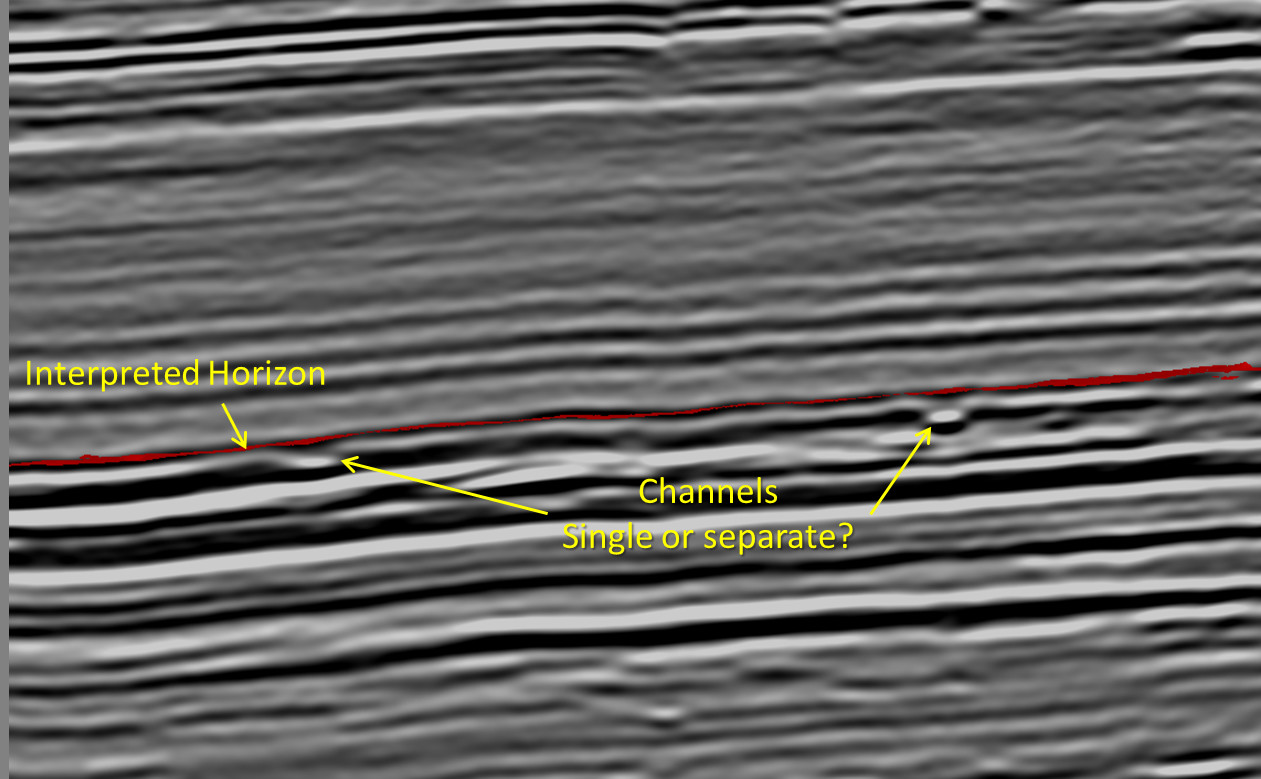 Figure 2 is a semblance stratal slice along the interpreted horizon calculated to attempt delineation of the channels. As a result a bow-like feature can be observed corresponding with the cannel features observed in the inline. 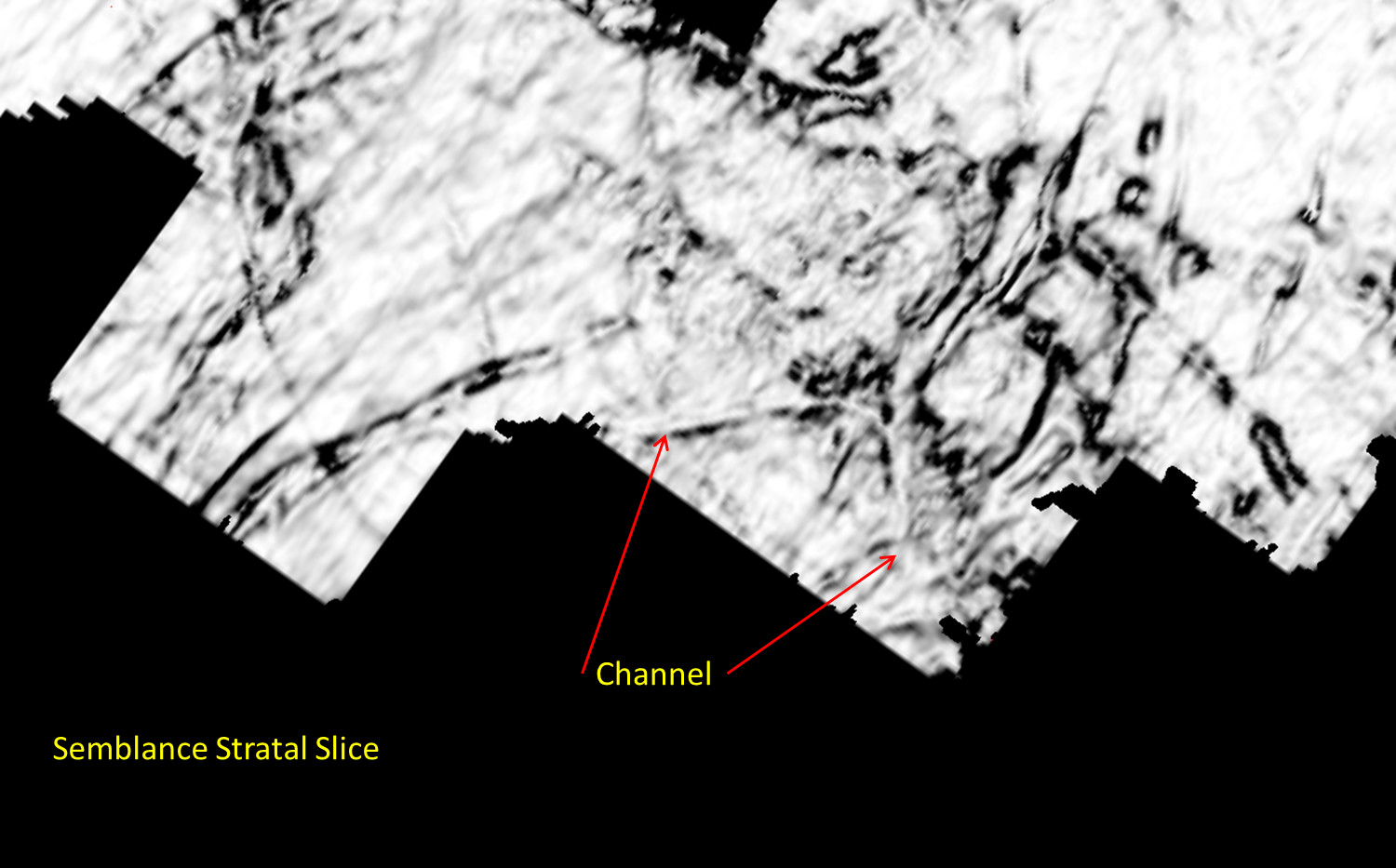 Figures 3 and 4 show the Geoscape attribute calculated at the same stratal slice, observe the much better definition of the channel, even of its continuity to the left of the image. 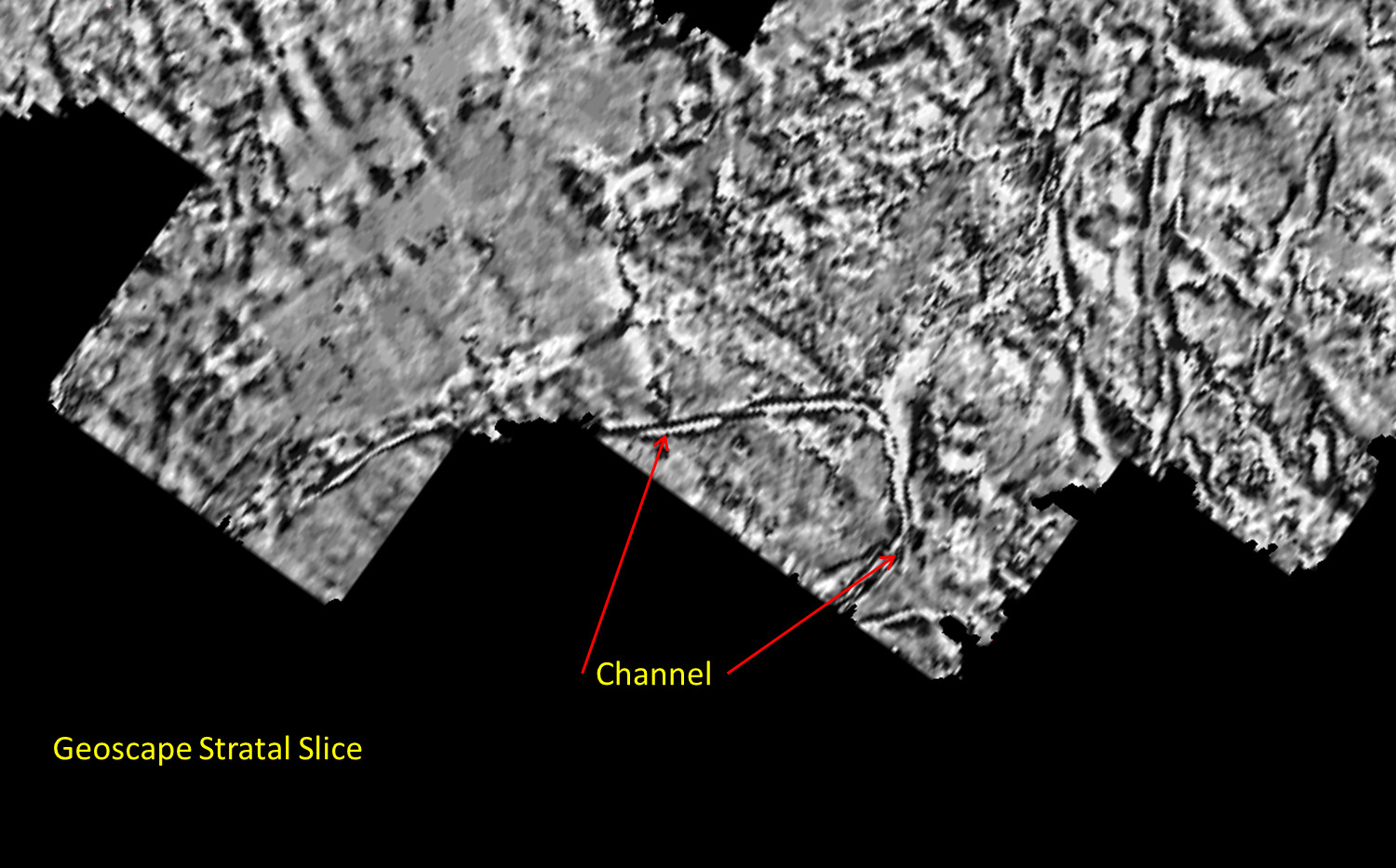 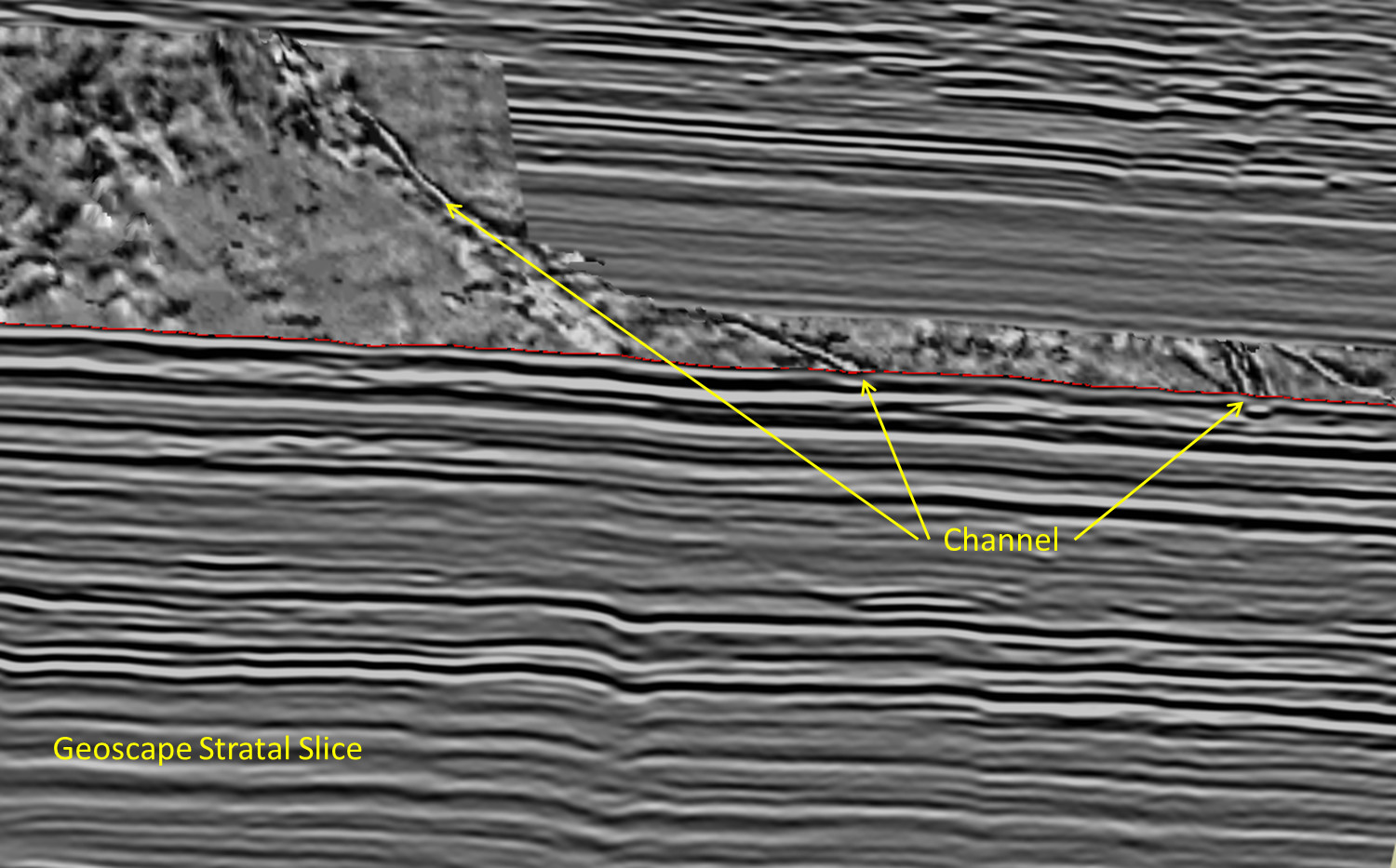 Figure 4. View of the channel observed at the inline and Geoscape stratal slice.

Figures 5 and 6 are an additional comparison example of the Semblance and Geoscape attributes for the delineation of stratigraphic features at a different horizon at the same area. And again is clear the much improved definition of channels with the Geoscape attribute. 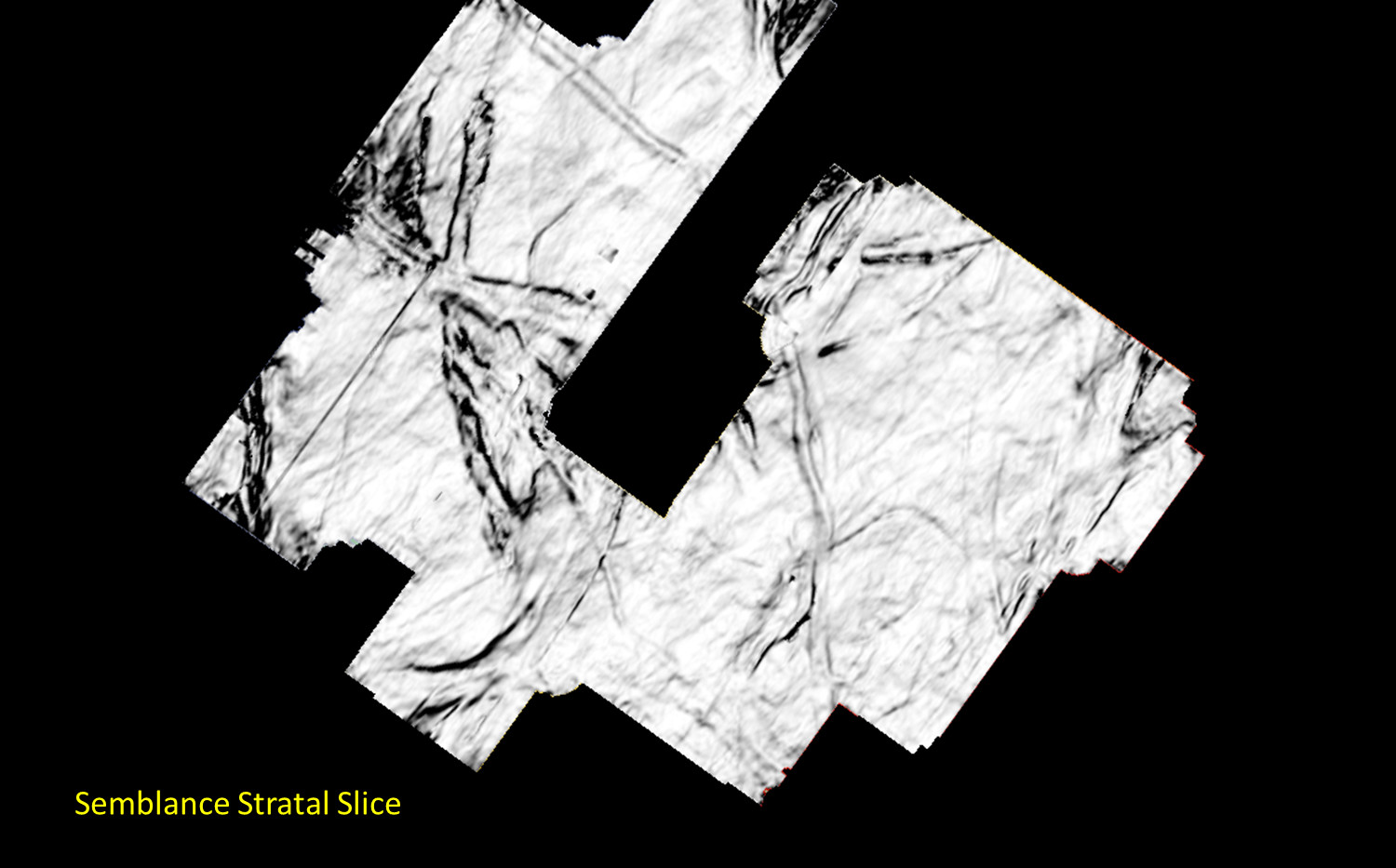 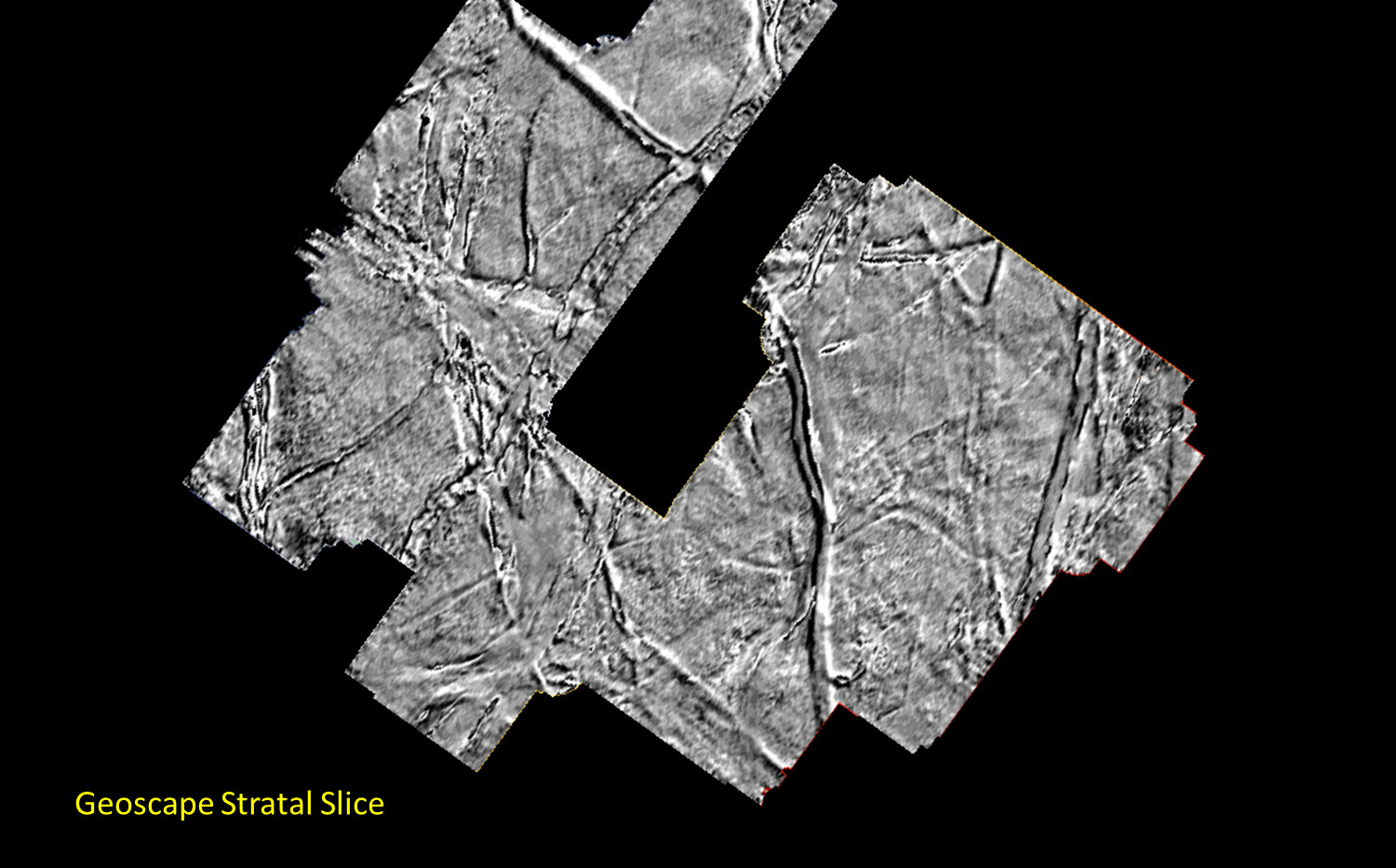 Do not hesitate to contact us for additional information on this or any other of our services and products. We can demo the technology with your own data for free.